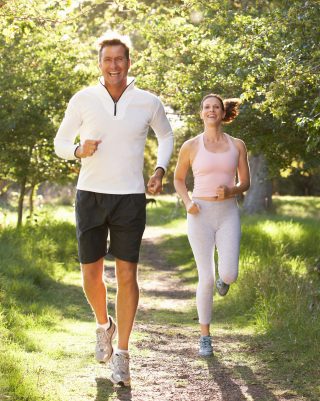 The exact origin of the disease is unclear, but genetics, a weakened immune system, and also the psyche seem to be decisive factors in the development of the disease. There are currently no preventive measures. Colitis ulcerosa leads to an increased risk of colorectal cancer. This rare disease affects about 300,000 people in Germany.

In addition to Crohn’s disease, ulcerative colitis is one of the most important chronic inflammatory diseases. Typical symptoms are abdominal pain, an increased number of bowel movements, repeated, nutrition-independent, slimy-bleeding diarrhea, as well as an increase in the classic inflammation values and possibly fever.

The disease can be classified by its progression and affected areas. There are three interlocking types: The first is the acute type, which is a sudden and severe inflammation of the intestinal mucosa. The majority of affected people, on the other hand, suffers from a chronic course with repeated episodes. The third possible type of disease is the chronic-continuous course. This course of disease is characterized by constant complaints in varying strength.

The spread can be divided into three classes by an endoscopy (colonoscopy) together with a biopsy (taking samples from the intestinal mucosa). Depending on the local spread, it is either a proctitis ulcerosa (affecting the rectum), a left lateral colitis (affecting both the descending intestine and the rectum) or, in the most severe case, a pancolitis ulcerosa (the whole colon is affected). If the classification of the ulcerative colitis is not clear, an endoscopic examination of the esophagus, the stomach, and the duodenum is also performed in order to rule out confusion with Crohn’s disease.

This surgery, which is called proctocolectomy, ideally leads to the complete removal of the chronically inflamed intestinal region and thus to a remarkable increase in the quality of life with regular and normal bowel movements and the maintenance of continence.

In addition to conventional treatment methods, current studies on the therapy with the body’s own (autologous) stem cells give hope to improve the situation of those affected. Experiments in mice with a similar disease pattern led to a remarkable improvement in the symptoms, leading to a significant reduction of the death rate in ulcerative colitis. The stem cells were applied systemically to the mice.

Mesenchymal Stem Cells (MSC) or Stromal Vascular Fraction (SVF) obtained from the patient’s own fat can be used therapeutically in a number of autoimmune diseases. Stem cells are regarded as precursor cells of all the fully developed cells of the body, but today we know that the mode of action of mesenchymal stem cells is, above all, the modulation of the immune system and the stimulation of the regeneration of tissues and blood vessels by cytokines.

In the course of the therapy, a small amount of fat from the patient is first harvested. The stem cells separated therefrom are administered systemically immediately afterwards and appear to find their way to inflamed sites in the body through the blood circulation (homing principle). There, they can suppress the excessive immune response via cytokines and promote cell regeneration.